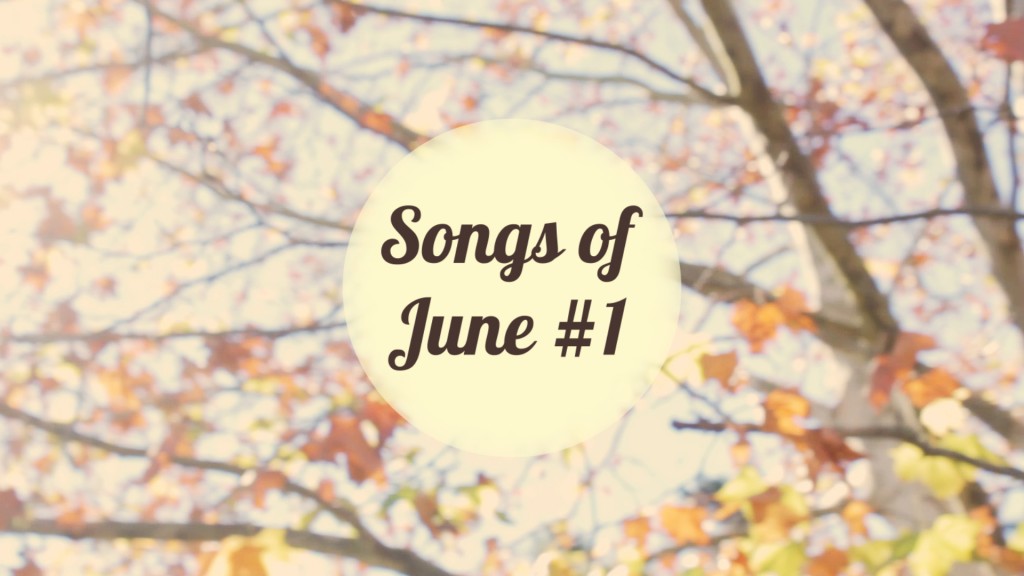 One of the weird things about living in a different hemisphere to the one in which you grew up is that the seasons are all back-to-front. I don’t know if I’ll ever get used to having Christmas in summer, or huddling in front of the fireplace in the middle of July. As I write this, I’m sitting in bed with a hot water bottle, looking out at the grey sky and barren trees.

I’m not a winter person. The cold weather seems to bring out my dark, introspective side. I fantasise about the long, bright days of summer. Those three long months are an exercise in clinging to joy and resisting the temptation to be grumpy and pessimistic. The first day of spring is more exciting to me than Christmas, as it represents the mini-victory of making it through the dark days of winter and stepping into the warmth once again.

I’m so excited to share the first video in the “Songs of June” series with you! And in case the title of this post had you worried, I haven’t lost the plot – the first song is also called, “Songs of June”, just like the project itself!

Hope you enjoy it!
Mali.xxx

Temptation tells me he’s
The one in the know, one who holds the key
But I know he’s lying

And June is cold in this part of the world
But I’ll press on anyway
And I won’t fear, for I know who lives here
So I’ll bathe in the light of day

No shows booked at the moment.